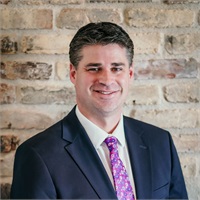 Davis began his career as a financial advisor in Lubbock Texas in 2013.  His focus is working with individuals and small businesses to understand their financial goals and then create a path for them to achieve success.  Davis prides himself on always being available to his clients, listening to their wants and needs, and assisting them every step of the way.

Davis was raised in Lubbock and graduated from Lubbock-Cooper High School.  He spent a year playing basketball for Lubbock Christian University before moving on to study business at Texas Tech.  He took an internship at University of Texas at El Paso and graduated from there in 2006.  Davis met his wife Kerri in Dallas in 2010 and they moved back to Lubbock in 2013 to start a family around their parents and friends.